What is your expression?
I work mainly using video, text, and sculpture as equal extensions of time-based media. These often emerge as installations incorporating a variety of materials, both real and virtual.

What inspires you?
The chance poetics of a postdigital world; the intersection between the human and machinic populace; the more-than-human agency to generate insights in perception, action, and articulation. There is a capacity that things outside of myself have for connecting disparate points to create a third voice in the dialogue that really drives a lot of what I do. I find it easier to talk in metaphors and similes around these sorts of things. So, I find a lot of my work begins like the speck of dust in the corner of your eye, on the edge of your vision – you know that there is something there, something more than is visible, tangible, or comprehensible, but you can’t quite access it. That scenario is what inspires me in relation to what was mentioned above and I think this is where the interest in other-than-human voices comes from, whether digital or organic. How do oblique understandings and new knowledges manifest from emerging technologies? How may our understanding of environments and ecologies be impacted by A.I. systems that simultaneously operate within distinct parameters and yet are increasingly capable of creating interpretations outside of lived experience and contemporary human knowledge.

How would you describe your art?
My work explores ontologies of time and emerging dialogues surrounding ecology and technology as a means to examine the multidimensional entangling of various infrastructures: nature, culture, industry, and temporality, among others.

An earlier work of mine, Archipelagos of Order, took a 30-minute narrative film played out in 12 scenes and shuffled the contents, each time playing a new order of scenes and subtitles, without repetition. The runtime of the work became 54,830 years long. This was paired with 12 kinetic wooden sculptures bearing basic differentiating marks placed around the gallery and connected via arduino to a particular scene. Each time the scene appeared the associated totem would change position, creating a new order of symbols through the gallery space, never repeating.

In a similar construction, my work everything will cease in the present took three phrases from Marcel Proust’s Remembrance of Things Past and flashed randomised sections from each at just over 8 second intervals, never showing the full phrase. This work centered around the ‘perceptual present’: the short duration for which we link concurrent events as happening ‘now’. After this, it slips into memory, no longer experienced in the subjective rhythmisation of ‘now’.

Recently I have been working through a synthesis of two emerging technologies – photogrammetry, and machine learning; in particular the use of neural networks trained on particular writings as unaware poets and narrators.

The photogrammetry process renders 3D models of space by analyzing hundreds of 2D photos. The resulting models are hollow and glitchy, creating uncanny relationships between the surface image and the underlying structures of these sites. My first encounter with this process the previous year was in composing these virtual 3D models from underwater drone footage captured in the kelp forests surrounding Lofoten and is the basis of my upcoming exhibition ‘they see faces in the clouds, smooth around the evening’. The footage used as source material and processed as clusters of video frames generates a compressed, or expanded, view of the spacetime ecology at work within that ecosystem. Glitching polygons and stretched wireframe meshes hint at the collision of the geologic slowness of the sea bed with the microtemporalities of computing systems, amplifying the flux of the more-than-human inhabitants sandwiched between these timescales.

This work examines the chance poetics in data visualisation that can arise through technology’s interpretation of natural phenomena.

The exhibition is a 5-channel video installation narrated by a text generated by a neural network A.I. trained on research surrounding the project ranging from the 1970’s Russian science fiction novel Roadside Picnic to Hito Steyerl’s essay A Sea of Data: Pattern Recognition and Corporate Animism. Poetic fragments and sci-fi imaginings blend together with academic jargon and theory-out-of-context to provide a disparate guide to the real and virtual visual spread across the screens. Increasingly, large-scale computer-controlled systems are being deployed to understand terrestrial systems. Artificial intelligence is used on a planetary scale to detect, analyze and manage landscapes. But in a similar scenario wherein written language – being an attempt at accurate description and communication – gave rise to the poetic metaphor as a translation of intangible experience, emergent A.I. opens the space for an other-than-human phrasing and oblique perception of the complexities of ecosystems.

This is where my work currently sits. It is of course subject to change depending on how I feel in the studio that day.

Why did you end up living in Bergen?
I came to Bergen in 2016 for the MA degree and stayed. It wasn’t long after starting the program that I no longer felt that I was in Bergen to study, but that the Masters was just one other thing that I was doing in the city that I lived in.

What do you like about the artscene and the town?
I feel that Bergen has something leaning towards a more horizontal community within the arts. Regardless of whether you have just graduated or you have been making art for 30 years, everyone (that I have met) is supportive and open. For its size it feels incredibly productive.

What could be better in the local artscene?
This is a difficult question to answer during this pandemic situation. I feel that despite the troubles the art scene in Bergen has reacted well to every new curve-ball this year and last has thrown. Outside of these times I would be keen to see a greater range of cultural backgrounds being given opportunities and more international engagement.

What are you currently working on?
I guess I mostly answered this above about the upcoming exhibition. I am also working on finalising a project with Samuel Brzeski titled Time Crisis Conference that manifested as an exhibition last year as well as a cancelled workshop and performance. The three-screen video installation combined re-ordered gameplay footage from the video game Time Crisis 4 with algorithmically sourced and restructured passages from Marcel Proust’s In Search of Lost Time. We are currently creating a publication exploring another aspect of the work.

What are your ambitions and plans for the future?
To have the opportunity to keep doing what I’m doing. But more. I don’t feel so alone in that ambition really. I have been a part of running a residency in Finland called Mustarinda (www.mustarinda.fi) for the past 5 years or so and normally spend several months a year there. It is such a fantastic experience meeting and hosting artists from all over and spending time with them and their practices. I feel it’s quite valuable to be able to switch roles from artist to facilitator. However, of course, with these times that’s been missing from my life. So there’s a plan for the uncertain future. For the immediate future I will be finalising this work for the upcoming show.

Who of your colleagues deserves more attention?
Anne Cecilie Lie. To me, they have that enviable capability to seemingly effortlessly mould any discipline or field into a beautiful tool for communicating their ideas. I think that the work that they are making is as sensitive as it is urgent in its observation and treatment of the ecologies and inhabitants involved. 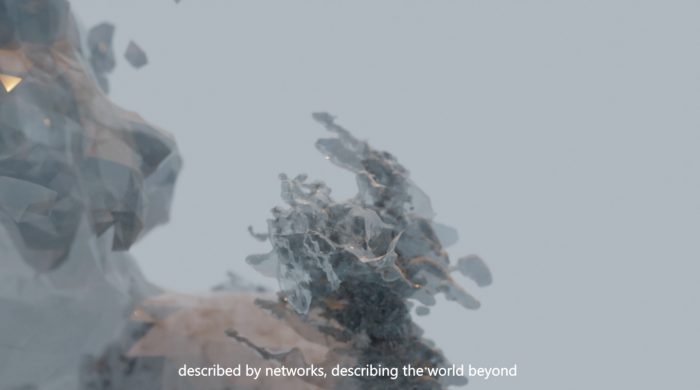 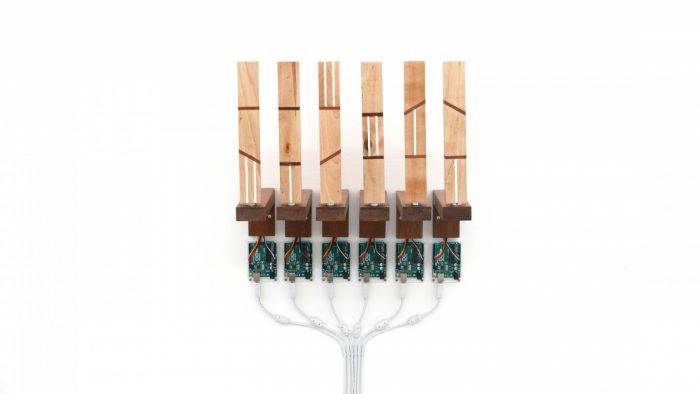 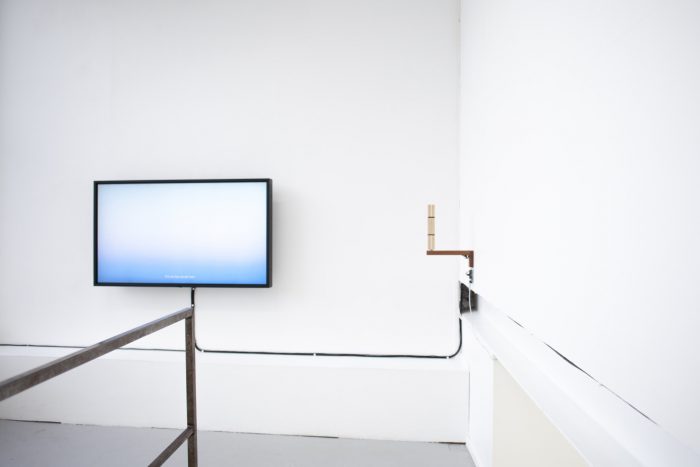 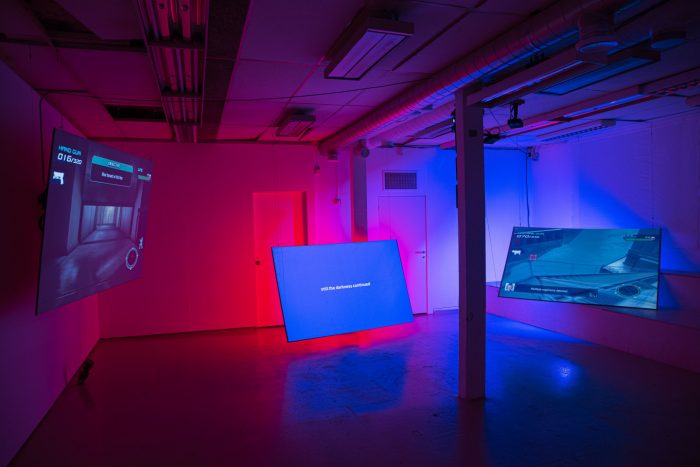 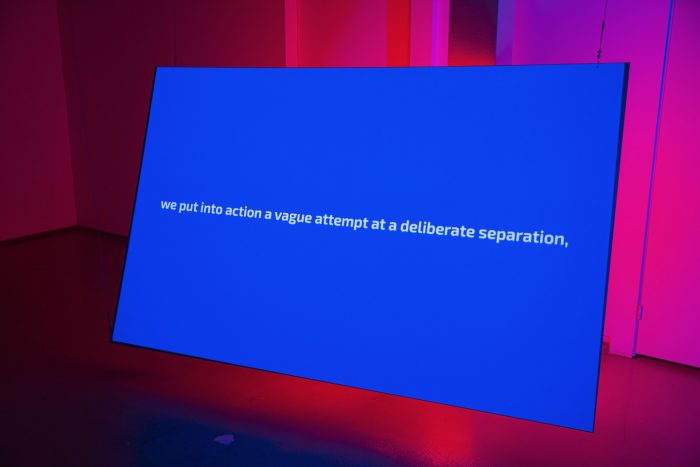 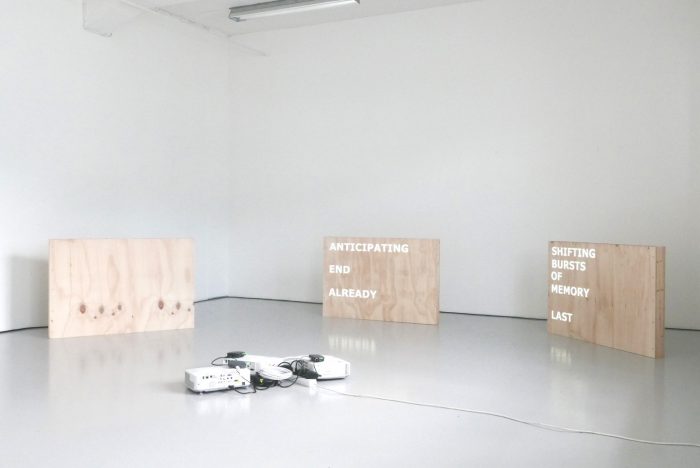