Stepping through the door of the gallery, I noticed that the floor was still grubby with graphite, and that the artist’s tools had been seemingly left behind in a hurry. A large wall drawing, titled ‘Dark Space’, depicted a rectangle, with a concentric motif of varying degrees of grey tone and applied pressure focussed on the upper half.

At this point, the gallery owner showed us one of Kirkebø’s ‘zines. Although this was not a part of the exhibition, she wanted us to see both sides of the artist’s practice: the one where ‘minimalism, precision, geometry and landscape, are keywords’, and the other, represented by the ‘zine, depicting the dingy, mundane, chaotic and melancholy existence of various young men. The emotional honesty of these images was striking. Although very different in style, it reminded me of Tracy Emin’s mono prints.

Next, we were ushered into a cellar to see the animation, ‘Line Rhythm Verse III’, of 1,200 hand drawn sketches. This was projected onto molton fabric, which created a surface patina similar to that of old, handmade paper. It created a strange fragility in contrast to the neutral straight lines of the somewhat mesmerizing animation.

Upon re-reading the information sheet, I notice now that the inspiration for the wall drawing has been described in this way:

“‘Dark Space’ […] is based on a frame from ‘Line Rhythm Verse III’, where the spaces between the lines have turned black. There is no variation in the labour, the same motion of the arm, the repeated strokes from the pencil, minutes, hours, days, in the end it’s all black.”

I often struggle to engage with work that focuses on repetition of action. It may be therapeutic for the artist, but what does it bring to the viewer? I was afraid that I would respond to this show in that way, but the tension provided by the visions of existence in the ‘zine added another dimension to my appreciation of the work: chaos and order. Finding this quote in the text has provided another angle: it connects to the scenarios framed within the ‘zine, and makes me think again of how the black fabric swallowed the light of the projector into its creases, threatening the precision and order of the original drawing.

Eleanor Clare (b. 1978, Guildford) lives and works in Bergen, Norway. Her work is drawn from mythology, literature and folklore, using text, sound and costume, often in the form of live performance and installation. She received an MA in Fine Art from Central Saint Martin’s, London (2011). Recent solo exhibitions include BLOKK Presentere, Torvsalen, Bergen (2016); I Am Still Within You, Bergen Arkitekt Skole (2013); and in collaboration with Dillan Marsh: Through the Gabbling Gateway, BOA Gallery Oslo (2017); Adventure Island, Archipelago, Hordaland Kunstsenter (2016); Partly Now, Partly Remembered, Parabol, Stiftelsen 3,14, Bergen (2016)The Travels of the Toucher, Assembly House Studios, Leeds (2015); Two Poke Holes and the Art of the Toucher, Edinburgh Sculpture Workshop (2015).

This text was written in conjunction with Critics´Conversation held at Landmark 5th Oct, 2017. 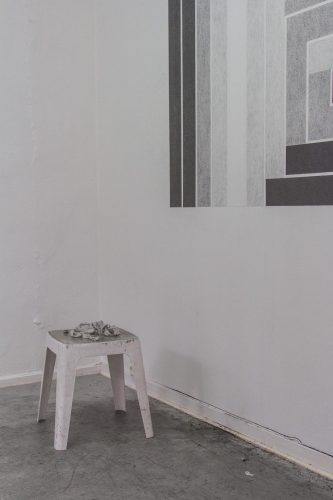 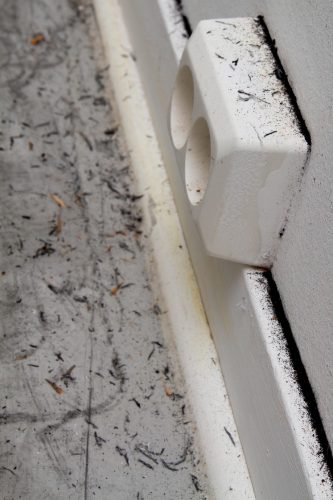 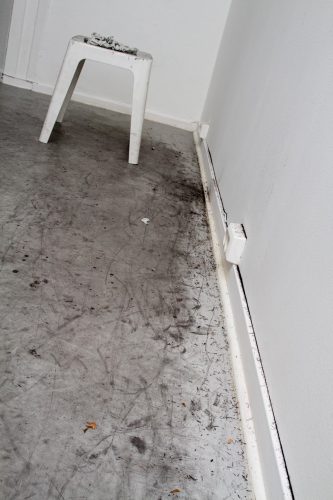 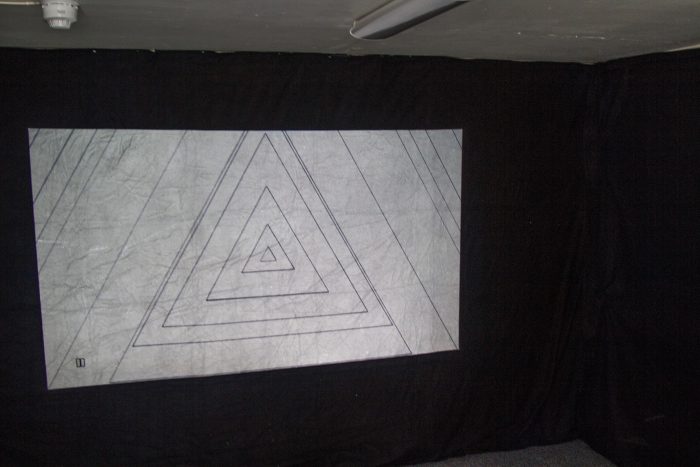