What is your expression?
I work with installation, painting, drawing, photography, video, sculpture and printmaking.

What inspires you?
I get a lot of my inspiration from the reflections I have in the gaps between reading, travelling and working in the studio. Artists such as Robert Smithson, Nancy Holt, Andrea Zittel, Renée Green, Gordon Matta Clark, Pierre Huyghe, Philip Guston, Vittore Carpaccio, Vilhelm Hammershøi, Albrecht Dürer, Giovanni Bellini…I also get lot of inspiration from being with my family.

How would you describe your art?
Laura McLean-Ferris described my artwork in an article in the Guardian newspaper as “half history, half something else” and I think that’s a pretty fitting description.

The work Wood Archive was included in the Norwegian Sculpture Biennale and consisted of a labyrinthian structure comprising of a network of wooden shelves forming a library of abstract untreated wooden objects. The wooden objects will form in and out of the shelving structure referencing some of the organic forms of Vigelands sculptures in the museum. The installation is also part inspired by Rudolf Clausius (1822-1888) who was the originator of the concept of entropy and in turn by Robert Smithsons´s writings on entropy. In the artwork, I highlight fact that the wooden sculptures present abstract representations of molecular structures, crystals and other forms and that the wood is one state of carbon with the potential through burning and the release of energy to become another carbon state (charcoal). I want to explore ideas of entropy as the degradation of the matter and energy in the universe to an ultimate state of inert uniformity or a process of degradation or running down or trend to disorder. There is a micro to macro quality to the arrangement of the wood in the installation where the viewer can drift between thoughts of cityscapes to the internal workings of computers or other machines.

The work also draws on the legacy of Frederich Fröbel (the inventor of the Kindergarten) and the effect of his education techniques on society, especially in relation to the development of creativity. Since 2009 I have been working on a series of interactive installations entitled Fröbel Studios. Fröbel originally trained as a crystallographer and then he designed the educational play materials known as Fröbel Gifts, or Fröbelgaben, which included geometric building blocks and pattern activity blocks. These simple wooden blocks and shapes have inspired many artists, architects, mathematicians, such as Frank Lloyd Wright, Le Corbusier, Piet Mondrian, Walter Gropius and Charles Eames. Who were all were educated in early childhood using Fröbel Gifts.

My relational installations could also be referred to as archives or “research-based-projects”. They are participative in the sense that the audience can change the work by using the materials placed at their disposal. In a truly experimental way the straightforward boundaries between production and reception have become permeable.

Why did you decide to stay in Bergen?
Having lived in larger cities such as New York, Paris and Rome I find that living in a city the size of Bergen means that one can get things done more efficiently as well as contribute in a more effective way. Bergen has an incredibly vibrant art scene for a city of its size. I also really appreciate my position of Professor at The Art Academy and the dialogue I have with students and colleagues.

What do you like about the artscene and the town?
There are so many studio collectives that it feels like a city where artistic production is at the centre. The museums and other art institutions are excellent and present world class programmes. For example, the recent Ed Ruscha exhibition at KODE was of very high quality.

What could be better in the local artscene?
I think the scene would benefit from one or two more private galleries with an ambitious international programme that is also rooted in the local scene. I think that would then give the world a better idea of what Bergen has to offer.

What are you currently working on?
I am currently proofing a book that will be printed during the next few weeks and published by the University of Bergen in January 2019. The book presents a body of work that I began in 2009. It explores humankind’s fragile relationship with and dependence on the natural world. The title of the work and publication, And Time Begins Again, is taken from Samuel Beckett’s “Text for nothing #8”. The work relates to a derelict plant nursery in Denmark and when displayed in exhibitions has consisted of a series of panoramic photographs of the interior of the greenhouses. These have been displayed on light boxes made from recycled and adapted light components used in the nursery which are installed on sculptural structures echoing the spaces in the nursery as well as in video installation detailing aspects the site. I am also working on new works for exhibitions next year including a solo exhibition in March at Galleri Christoffer Egelund in Copenhagen. Some of the new works are part of a series Ideal Collection which is currently on show at Kunstnernes Hus in Oslo until Jan. 2019.

What are your ambitions and plans for the future?
I am currently working with Sveinung Rudjord Unneland and other colleagues and students at the Faculty of Fine Art, Music and Design on a project we have entitled Nomadic Structures. The project is being developed with KORO and we hope to eventually establish a number of structures (temporary and permanent) which can be used for artistic production both in the city itself and the surrounding area. The first parts of this are JOY Forum and the soon to be completed MUNCH studio which is based on Edvard Munch’s outdoor studios at Ekely in Oslo and will be a resource for students to use. I am also looking forward to continuing my work on the project in Denmark which is somewhat related as it also has something to do with art production and the studio and I feel it is going to be something of a life’s work.

Who of your local colleagues deserves more attention?
Vegard Vindenes is an artist whose work I feel deserves more attention. I noticed his paintings in the studios at the academy in my first year as a professor and then at the final MA exhibition at Bergen Kunsthall. I wrote a short text a couple of years ago about one of his works for LNM. The works in his FRONT series are essentially process referential where the viewer is presented with not only a representation of an object (that of a model constructed by the artist himself) but also formal plays in the construction of the image which are both gestural and abstract. It is as if we are presented with the image of the model in order to be brought back to the tabula rasa of the act of painting and representation. 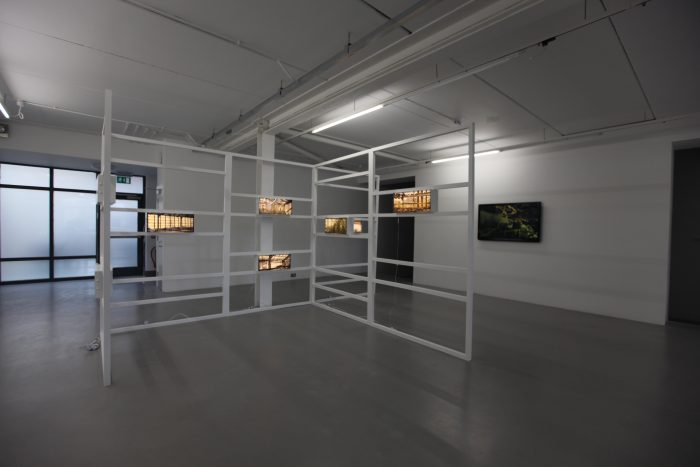 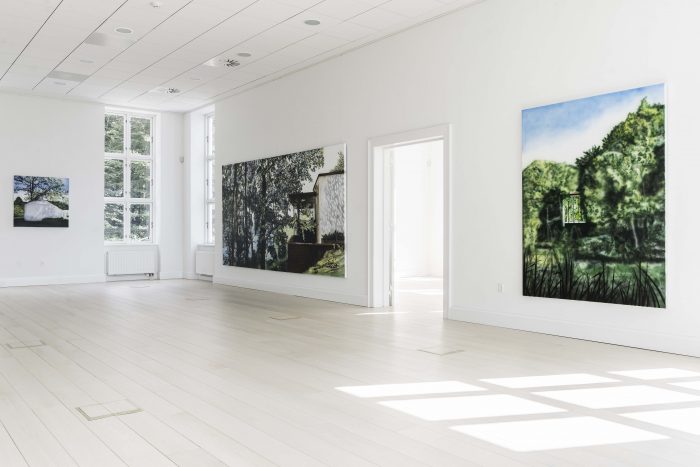 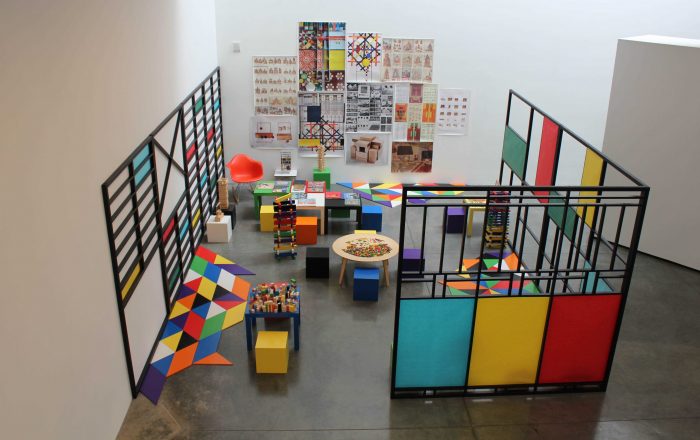 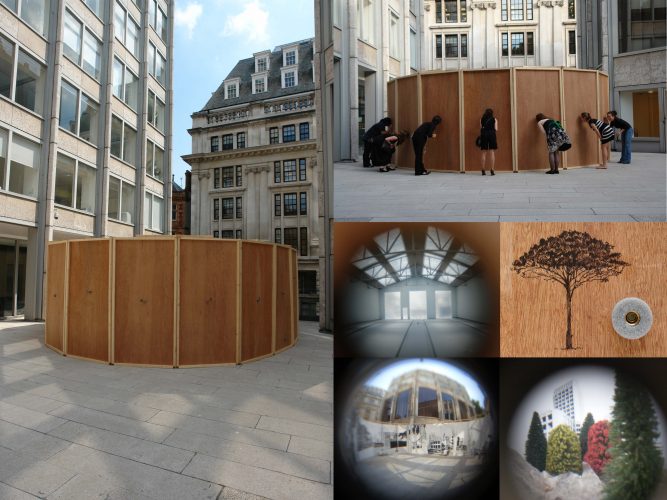 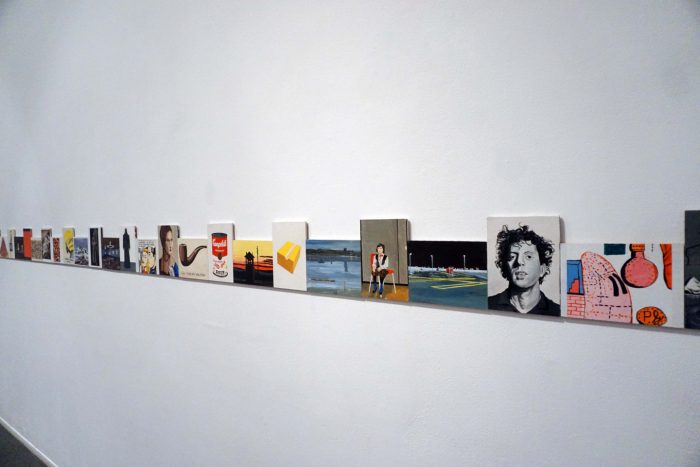 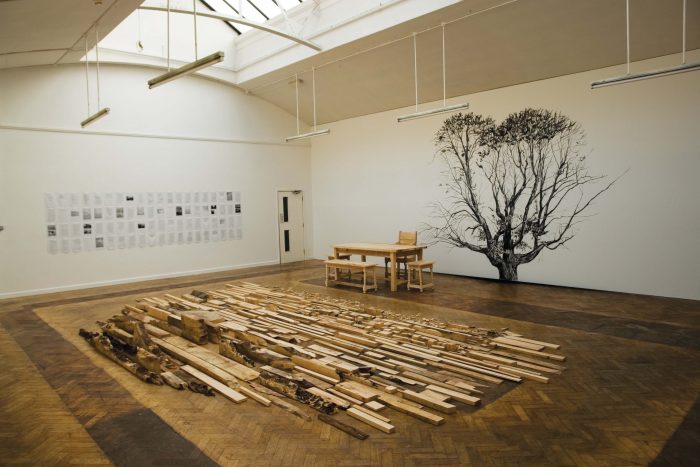 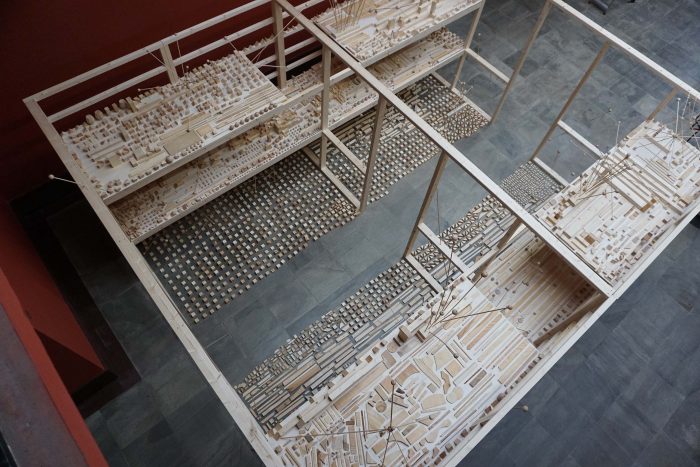 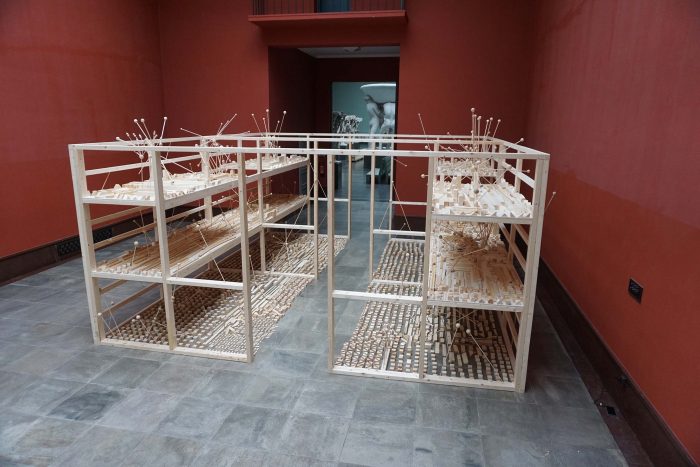