What is your expression?
Sound-making kinetic sculpture, kinetic installation.

What inspires you?
It is hard to say, but mostly materials and situations

How would you describe your art?
My work is mainly on kinetic sculptures having live sound as the outcome of physical motion of objects. The work spans over different scales and materials from the ready-made object to the life scale architecture construction. Machines are minimally constructed to draw repetitive patterns of simplicity, rather than having the robotic complexion. Microphones are directly attached or laid next to the moving parts and collect the vibrations from the physical components, converting them into the audible format of sound. Sound is played out only in real-time live format, without pre-recording or post-digital formatting.

The sounds that I make have been both figurative and abstract. In both cases my work begins from the thought that the existing languages are thickly colligated with certain meanings of functionalities or dramatic connotations. I detach the sound and the image from these familiar values, and bring them neutrally into the context. The industrial objects such as metal chains and plastic bags were detached from the ordinary usage and given the sonic functionality within the work ‘Wave Sound Motor Machine’, making the sound of the wild ocean. In this sense, my work is making a theatre or a cinema where the bodies are functioning in a different context than its own reality.

The first work that I made with this discipline was ‘Snoring Motor Machine’, which became a work from my own mistake of mishearing the sound from a broken motor as the snoring of someone. This mistake led me to push it forward to make other works including ‘Wave Sound Motor Machine’ to make the sound of sea waves, and ‘The Temple of the Golden Pavilion’ for the sound of fire. In making figurative sound, I try to find the materials from everywhere else but the typical origin that we easily associate with the sound. For example, when we associate the word ‘fire’ as a sound, the visual images of burning branches or charcoal are accompanied and I tried to not use those as materials in creating the sound. In a sense my work is linguistic. I believe that there always is a linguistic gestalt that we are living in, and there the power leverages are sustained through linguistic practice. Even though I cannot say that I expect everyone to associate my temple with the sound of fire, I hope my work creates a tiny hole in the bigger system of power.

I also make kinetic sculptures without any consideration of sound, rather focusing on the movement itself. In this case I tend to be more spontaneous and intuitive in making and titling the work. If the sound-making work was more of a long, research-like process to attain the qualities of specific sounds, this part of the work is a more expressional, drawing-like approach I have to say. But in both disciplines, I try to create a situation looking like a farce where the ordinary linguistic relation is replaced by new associations.

Why did you end up living in Bergen?
Due to the great surroundings to work on sound as medium.

What do you like about the artscene and the town?
I like that the artscene in Bergen somehow keeps trying to renew itself. It’s a pleasure to see the change happening in the time that I am living in, not in a past tense. Also, this town is big enough for a lot of new things to keep coming up, while it is small enough for me to be able to catch up with those things.

What could be better in the local artscene?
Political engagement and more diversity. While I think it is great that the artists concentrate on one or several topics of discourses at a time, and quickly develop it into actions with solidarity, I still wish that the range could be expanded even further out to include more of non-European topics as well.

What are you currently working on?
At this moment I am working on making an artwork to be exhibited in Østre, as a part of EKKO festival 2020 and also some other artworks for an exhibition in Visningsrommet USF. I recently started working on metal by myself and plan to include metal works in these new exhibitions.

What are your ambitions and plans for the future?
For now, the ambition is to have a space where I can build the things that I want to build, and the plan is to study more diverse materials and learn more of the sound techniques. I have some exhibitions planned in different places, and one of those is a solo exhibition at KRAFT in 2022. Some new aesthetic approaches will be tried out there, which I am very much looking forward to.

Who of your colleagues deserves more attention?
Dafna Staretz. Her work is intense, bizzare, bitter and elegant. 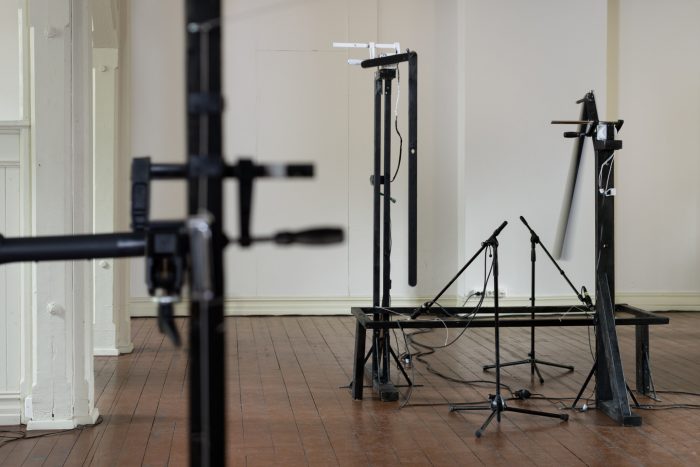 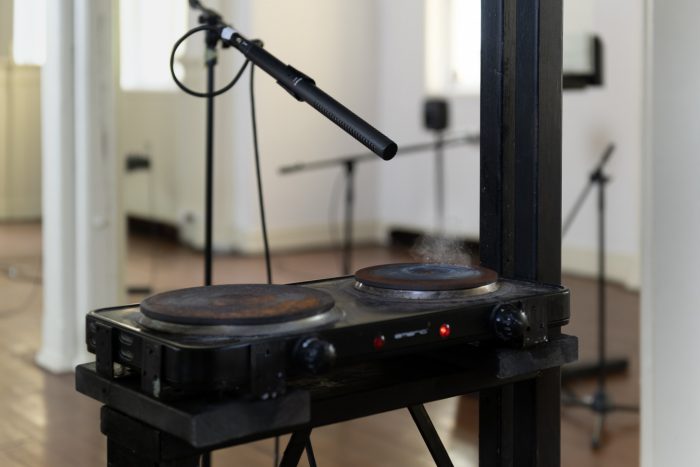 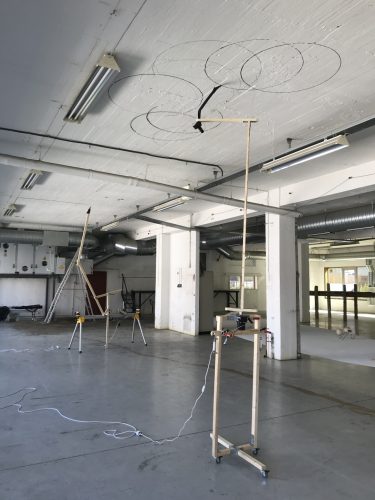 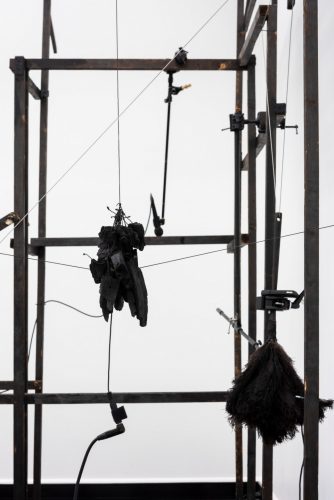 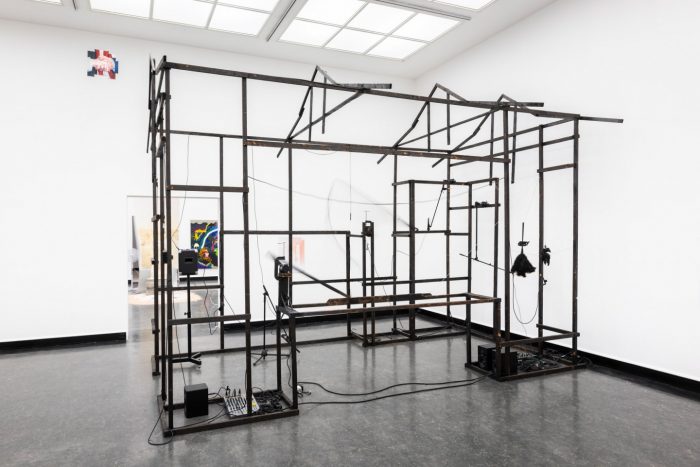 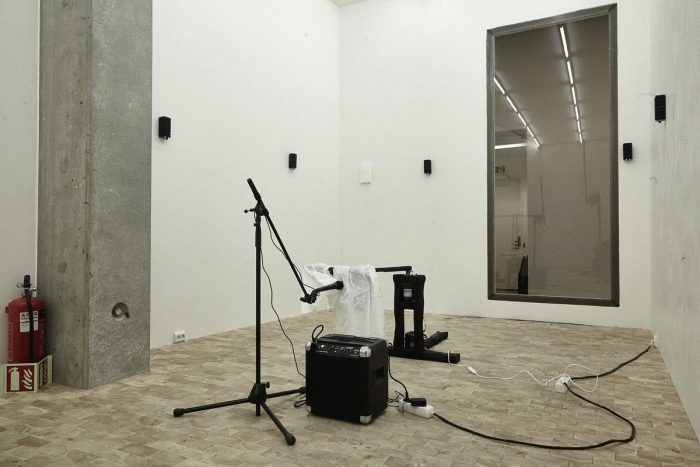 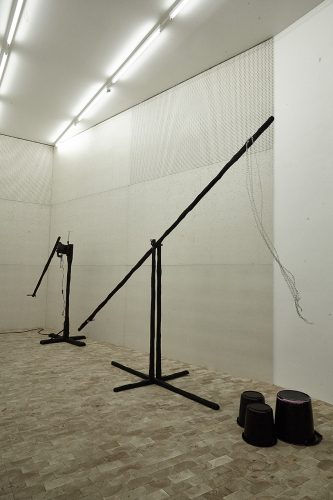