The Screen City Biennial 2017, Migrating Stories, took Stavanger´s harbour as the historical, site contextual and conceptual point of departure. It also created several platforms and showed moving images in diverse venues ranging from the white cube to public space. The curators of the biennial, Daniela Arriado and Tanya Toft AG, worked within four overlapping themes: Alienation, Lost Ecologies, Diaspora, and Journeys. There was a vast amount of works to choose from, and rather than give a theoretical overview of the festival, I have focused on two works taken from the Alienation and Lost Ecologies programmes.

The SF cinema is a stone´s throw from the harbour, but in this space you could argue that the concept of the harbour becomes generic and thus challenges the biennial´s own point of departure. However, the Alienation program shown here creates a platform to discuss the moving image in visual arts and the use of cinematic conventions. By placing an “art cinema” program into a predominately commercial film zone, the expectations created by conventional film making are thrown to the fore. For the artist community, this might be read as bland, but place yourself in the seat of someone going to a “free” cinema showing; in my opinion if this person decides to stay, the festival has accomplished a real meeting between the screen and viewer that can create discussions about what film is and can be.

Maria von Hauswolff´s “Alien Tourist” gives a single clue that allows us to create a narrative strategy: the title. The slowness of the film, her use of cinematic techniques and references to art history point me to construct meaning beyond linguistic understanding. The superb use of shadow reminds me of Juan Sanchez Cotan´s still-life paintings. The darkness pushes the viewer into an existential void with the natural world subdued in tone and lacking in vividness. The transitions between scenes lead me to think of eyelids opening and closing; exposing moments or memories perhaps. Stripped to their essence, without either linguistic cues or everyday social context, the human body becomes a symbolic container. Is the man the alien? He is obviously lost and almost dying. Tableaus unfold where women accompany, lead and cart this man around – abandoning him, somewhat tenderly, in the landscape. Women´s role in nature and her seeming tenderness to this solitary male figure lives up to ideas of mother, guardianship of the earth and human place in it.

“Alien Tourist” is technically seductive, we want to watch, to try to understand, but my false narrative lacks the complexity of the film itself. In the final scene, a woman centered in the vast landscape of the void, looks directly into the camera. Her gaze affects, confronts – she is alone in the void. She dominates the landscape, and my retina. Is she the alien?

In contrast, “It Must Have Been Dark By Then” by Duncan Speakman gives us minimal visual input in the form of pictures. This was one of three art walks that started at the museum ferry, MS Sandnes, that is now docked in the city harbour. Speakman´s work consisted of a GPS system, a cleverly designed book with narrative texts from three previous journeys in different places, an audio narrative and the city itself.

The interactive map and instructions pushed me around the city in ways that I had never thought possible. Provided with instructions, I was guided through my immediate surroundings by audio prompts, stopping to reflect and given time to read the next chapter of the book, and perhaps touch something. As I was walking and orientating myself in new places in a very familiar city, I listened to stories of the author´s very different experiences and broken conversations from three journeys in other places of the world.

I enjoyed the way in which I was pushed between another place and there and then, and the here and now. This spatial disorder almost caused an accident, as a car braked in front of me; I had blindly followed an instruction. I became really frustrated when I couldn´t get to my destination and had to change route. I met dead ends, restrictions, and began to fear that MS Sandnes had cast its ropes before I got back to it. For a little while, I was lost in a city that I thought I knew.

And in my ear, the stories continued; the sand is burying us, the water is rising, there is no stopping it. We might never get where we are going? Even now, the feeling of paranoia that the work created in me, with its fear of being outside the “safe zone” lingers. Our lives, how we live them and who we choose to live them with are precarious, shifting and when all is said and done, meaningless; the water is still rising and the sands are burying us. Speakman´s work neatly places itself into the discussion of the anthropocene. His great achievement is that he lifts the discussion out of theory, and through art gives a direct experience to create an embodied understanding in the listener/reader.

Helen Eriksen is a visual artist and educator living and working in Oslo. She was born in and raised in Liverpool UK, she studied literature and languages at the University of East Anglia, Norwich, before studying visual art at the National Art Academy in Oslo, Norway and public art at the Oslo School of Architecture. She is currently running Tenthaus Oslo project space and investigating the role of artists in Norwegian schools with Ebba Moi and Stefan Schröder, as well as developing her own practice.

The text was written in conjunction with Critics Conversations that was held at Stavanger Art Museum on October 19th. You can listen to the conversation here. See also the other texts written on Screen City: Marit Sjelmo and Stian Gabrielsen. 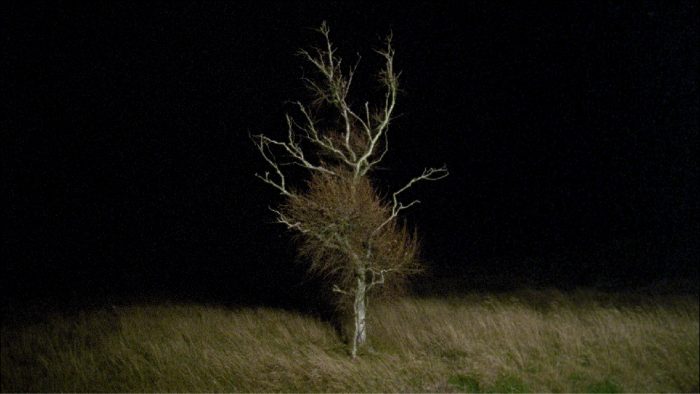 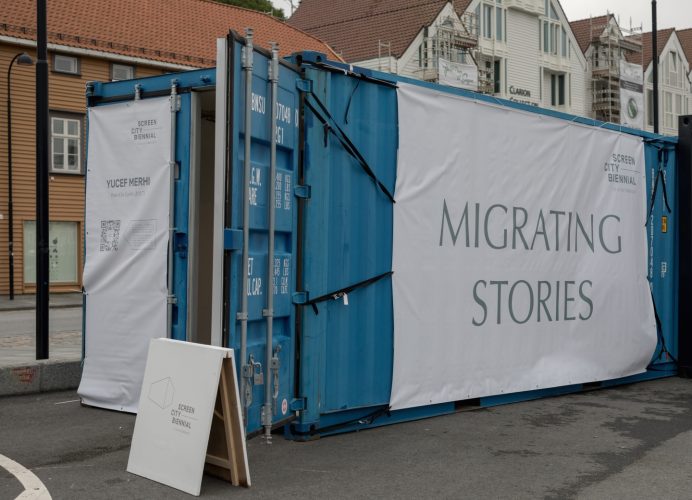 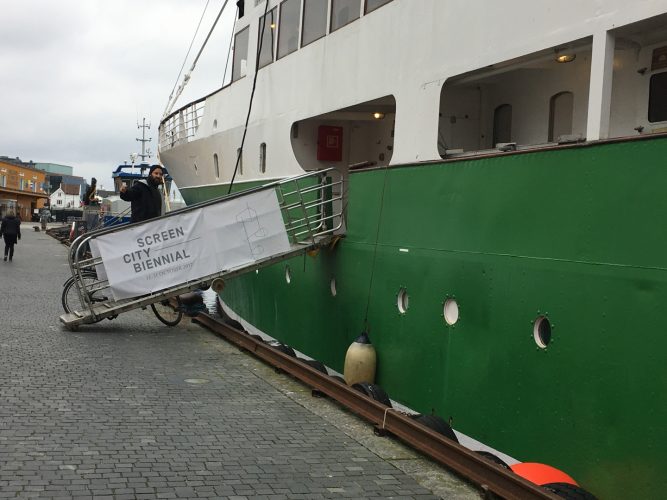